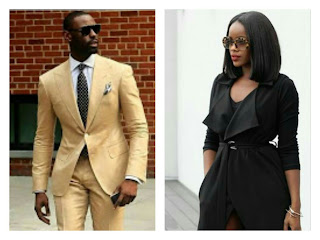 The moment we have all been anticipating is finally here!!!!!

Chapter two of Adventures of Black Coffee and Mocha aka Adventures of Greg and Thelma is finally out. I hope y'all enjoy it.
Yemisi is really an amazing writer, she really knows how to incorporate real life interactions into her stories. Yes, this series is mostly fiction but she gets her inspiration to write this series from real life events.

For those who haven't read the first chapter, here's the link, hope you like it.

The familiar husky voice came out in a sort of a whisper from the speaker of her phone. Thelma rolled her eyes.

“What do you want Greg?”

“Mood killer. I wanted to ask you what time my babysitting session is.”

Thelma raised her eyebrows even though he couldn’t see it.

“Yeah.. the date you asked me to accompany you on. That babysitting session.”

“Whatever. My date is 6pm.” Thelma said though gritted teeth, apparently in no mood to argue. “Why did you ask.”

“Well, I was just about to pop into the shower, and I intend to marinate in coconut oil afterwards. So I’ll be at your apartment by 6:30pm.”

“I know… but its 3pm now and you girls need like eight hours to get the right outfit and do your makeup.”

“Why do you girls even like you? You’re so mean! Even Ivy is rolling her eyes here.”

You lost me on coconut oil.” Ivy said, rolling her eyes again.

“When I’m done with my shower I’ll be downstairs so you can help me put some on my back.”

“I’ll be gone before then” Ivy said wide-eyed. “Thelma can help with that in my place.”

“Thelma? She’d just scratch my back with her long nails, and not in the kinky way.”

“How do you cope with this guy?” Ivy said, shaking her head slowly.

“She loves me that way— for better, for worse… right Thelma?”

“I divorced you years ago… but you keep coming back.” Thelma answered with a laugh. “You’re just a gigolo.”

Before Ivy could answer Greg hung up, and there was a knock on the door.

“I’ll get it.” Ivy offered, opening the door to find herself standing in front of Greg, who had only a towel on, with a set of clothes hung over one arm and a bottle of coconut oil in his other hand. She stared at him, dumbfounded.

“Hey… you said you were leaving soon.” he said with a shrug. “I wasn’t gonna let you leave without saying goodbye. Just put your arms around me and maybe… just maybe I’ll forgive you for attempting to leave without seeing me.”

Thelma came up to the door, her hands on her hips. “Seriously? You came out of your apartment like this? You’ve got to be kidding me.”

“Wouldn’t be the first time. Quit acting like this hasn’t happened before.”

“I was sparing you some dignity, for the sake of your reputation with Ivy.”

“Trust me Ivy, if you weren’t here it’d be an entirely different thing she’d be saying.” Greg said with a wink as he let himself in. “That’s the advantage of having a best friend like me living right upstairs.”

“Oh please… like anything would have happened if Ivy wasn’t here.” Thelma said, being the one to roll her eyes this time.

“Okay… this is getting awkward.” Ivy chipped in before Greg could speak any further. “You guys need a room… like pronto.”

“We’re in a room.” Thelma and Greg said at the same time.

Greg tossed the coconut oil to Thelma and grabbed Ivy by the waist with his now free hand. “Where do you think you’re going? I’ll be out of the shower real quick, so you and Thelma can take turns laying the coconut oil on me.”

Thelma looked at the bottle she had caught deftly, wishing it had dropped before she did and muttered under her breath. “He thinks he’s so slick.”

“We should have pulled off your towel and locked you out.” Ivy said with a groan, rolling her eyes as she struggled to break free.

With that he pulled off his towel, revealing a pair of shorts underneath. Thelma burst into a fit of laughter.

“I’d love to do a little tease here, but Thelma refuses to put up a pole in her living room. Maybe when I’m done with the shower I’ll put on a little show… that is, if you girls massage me with the oil well enough.”

The two girls didn’t say a word until they heard the water running and his voice from the bathroom.

Ivy shook her head and looked at her friend. “Definitely a gigolo.”

Thank you Yemisi for another interesting episode in this series. I cannot imagine how next week's episode is going to be like *fingers crossed* *biting nails*.
Posted by Ootega at 22:07:00
Email ThisBlogThis!Share to TwitterShare to FacebookShare to Pinterest