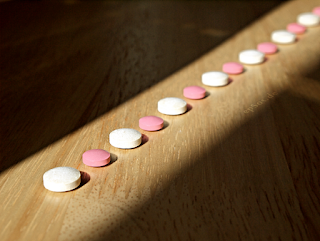 Drug addiction according to the National institute of drug abuse is "a chronic, relapsing brain disease that is characterized by compulsive drug seeking and use, despite harmful consequences".

The consequences of drug abuse may involve problems at work, school, home or interpersonal relationships.

Drug abuse isn't a new topic in Nigeria, but of recent, the rate of people in Nigeria, that are involved in drug abuse have greatly increased. According to news reports by the Pharmaceutical Society of Nigeria (PSN), Thisday and Vanguard, drug abuse has become the spectre haunting Northern Nigeria. Kano, Kaduna, Borno, and recently Niger, are the northern states with the highest rate of drug abuse.


According to a speech given by the wife of the Niger State governor, Dr Amina Abubakar Bello at the Northern governors wives' forum, Reconnect Health Development Initiative, in the north, young ladies and mothers are now also involved in drug abuse. Dr Amina also spoke on how drug abuse is creeping into the Internally Displaced Persons (IDPs) camps.

The chief executive of this forum, Dr Vincent Udenze, revealed that about 15 - 25 % of people in IDPs camps in northern Nigeria had become addicted to hard drugs, thus validating Dr Anima's concerns.

1. Genetics: Drug abuse and addiction may be influenced by the genetics of an individual in combination with environmental factors.

2. Environment: The environment of a person constitutes different factors that may influence him/her to abuse a drug and sometimes lead to addiction. These factors include:

A. Pressure to be accepted among friends and or in social circles.

B. Social factors such as unemployment.

C. Lack of parental guidance against drug abuse due to the parents abusing drugs as well.

E. Type of Job: Sports is a competitive environment, and some players take performance enhancing substances in order to excel above their peers.

F. Ignorance: Most people especially children and teenagers, are ignorant of the harmful effects of drug abuse.

G. Recreation: Some people take drugs for fun and this is mostly among youths from wealthy families.

How can we prevent drug abuse from becoming more widespread, especially amongst the youths and How can we help those already involved.

A Drug dependent person can be helped by seeking drug treatment and rehabilitation.

Drug treatment targets the bio-psycho-social problems that resulted from drug abuse, while Rehabilitation aims to improve the residual or lost functional capacity of a drug dependent person with the purpose of re-integrating the individual into the community as a productive person.

Detoxification is the removal of all traces of drugs and alcohol from the body.

After detoxification, the addicts undergo counseling as well as group therapy to enable them discover any emotional or psychological triggers that may have contributed to their addictions.

Once an addict has completed the rehabilitation program, most undergo lifelong recovery such as group therapy post rehab like Alcohol Anonymous (AA), pills anonymous (PA), etc.

How to prevent drug abuse and addiction.

1. Parents, most especially should be aware of the signs and symptoms of drug abuse, so they can educate their children and or seek help immediately if they notice these signs in their children.

2. There are a lot of NGOs on the NDLEA website that focus on drug abuse education. These NGOs should target schools most especially secondary schools and universities, to educate the students on the harmful effects of drug abuse.

3. Companies should create drug testing routines for their staffs, for instance, taking the tests twice in a year.

4. Over the counter drugs like Benylin with codeine, should be sold based on prescriptions from confirmed doctors and hospitals.

5. More campaign against drug abuse at the federal, state and local levels.

6. Destruction of all sources of hard drugs by the NDLEA and other drug law enforcement organizations.

7. Meticulous drug search especially at airports should be increased.

Drug abuse creates a lot of health problems such as damages to the liver, brain, cardiovascular conditions such as heart failure, birth defects, etc.
We should endeavour to help those involved with drugs, enlighten them on the harmful effects of drugs to the body and advice them to seek treatment and rehabilitation.

Posted by Ootega at 15:01:00
Email ThisBlogThis!Share to TwitterShare to FacebookShare to Pinterest